Visit any writing or author group and pose the question of whether you need to hire a professional editor and you’ll likely give life to a lively debate. And while I wholeheartedly believe that if you want to publish professionally and see regular income from your work then an editor is a must, you can save time and money by learning how to self-edit and make your book as good as it can be before passing it off to an editor, agent, publisher, or beta reader.

One easy way to strengthen your writing? Search for “to be” verbs and eliminate them if you can. These verbs include: is, am, are, was, were, be, being, been.

Before we go any further, let me stress that I am not suggesting that you cut all of these verbs. Sometimes using them is appropriate and correct. But consider the following when trying to decide to keep or cut:

Will it cut down on wordiness?

Often “to be” verbs are used with participles ending in “-ing.” For example:

Can I substitute a stronger verb?

When possible, substitute a stronger verb instead of relying on “to be” verbs. For example:

Does this strengthen POV?

When looking for ways to strengthen first-person or third-person close POVs, “to be” verbs can often be, and should be, cut whenever possible. For example:

In the both examples, not only can you eliminate “was,” but the participle or the adverb as well. The idea that the characters sees the door, or is the one experiencing hunger, is implied and understood because of POV.

Can I revise to “show” instead of “tell?”

Consider the sentence: Miranda was kind and helped the bird.

It’s a nice sentence, but it tells the reader what to think of Miranda and doesn’t evoke much feeling. Depending on the situation, it may help to strengthen your manuscript if you can “show” the reader her kindness. For example:

I watched as Miranda bent down and picked up the bird. Still stunned from its impact with the window, it sat perfectly still in her palm. She whispered softly to it as she stroked its wing. The glint of a tear in her eye persuaded me to kneel down beside her and offer her my handkerchief. 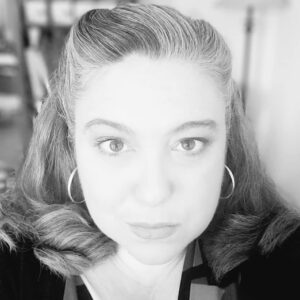